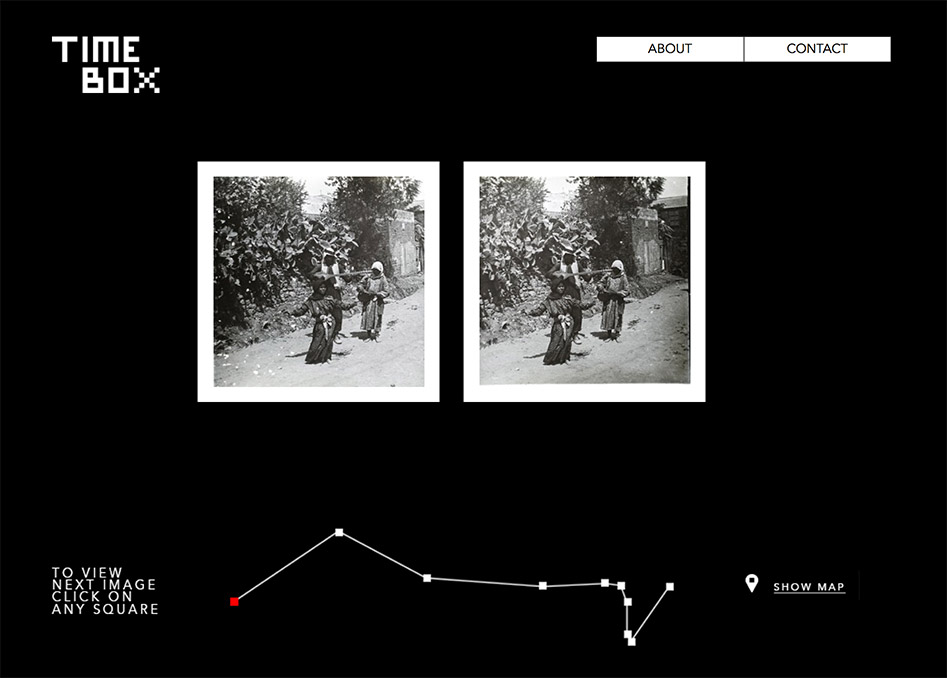 TIMEBOX Beirut is an urban trail of early 20th century 3D images on the streets of Beirut. Each TIMEBOX holds one archival stereograph at the location where it was originally taken 100 years ago. Passersby experience that same street a century back in 3D. TIMEBOX is latched on 10 different street poles across the city.

The box is a modern plexiglas stereoscope specially designed to mount on a street pole. It’s comprised of two superposed images that give a three-dimensional effect when viewed through the special lens.

Each TIMEBOX places the viewer’s point of view within the perspective of the original stereograph, instigating an instant visual juxtaposition between past and present – and possibly a glimpse into the future?